When you are first learning to program, you shouldn’t spend too much time worrying about what programming field you want to specialize in. The best thing to do is to start with an easy to learn programming language like Python and focus on mastering programming fundamentals.

Then, once you’ve learned how to program, you can focus on what programming field to base your career around. Nonetheless, even if you are just starting out, there is no reason why you shouldn’t have at least a basic familiarity with the different fields. So without further ado, I will answer the question: what is backend development?

What is backend development?

For example, here is a picture of a page on Airbnb’s website that allows you to book a reservation at the world-famous seashell house in Isla Mujeres. 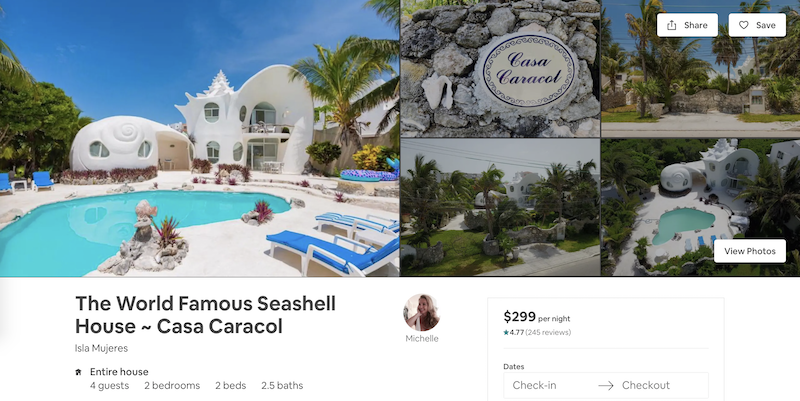 All of the pictures and text you can see on their website belong to the frontend.

When you click the check-in button on the page shown above, a calendar pops up. 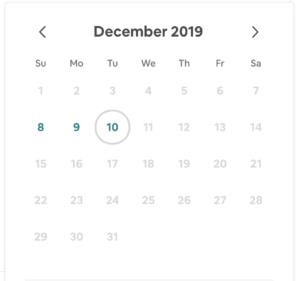 Airbnb’s backend is also responsible for recording each reservation. When you pick a date for a property on Airbnb and reserve it, Airbnb takes you to a thank you page, and your interaction with the website ends. Airbnb, of course, has to record that information. That is where their backend comes in. Airbnb’s backend saves the information about your reservation so they can make sure they do not book the property out twice, and so they can send you an email reminder when your reservation is coming up.

Do the backend and frontend work together?

Where is the backend?

The frontend code for a website or app executes on your computer or phone. The backend code, on the other hand, runs on a server. A server is a computer designed to receive requests, like HTTP requests, and deliver data back to the computer that made the request (like your computer via your browser).

What skills do backend developers need?

Backend and frontend development both require you to master a specific set of technology and face their own unique challenges. At many companies, the backend team is considered more prestigious than the frontend team. This perception is changing though.

How much do backend developers get paid?

Should you start with backend or frontend?

If your goal is to go from a beginner to a software engineer in the shortest amount of time possible, I recommend that you focus on frontend development before pursuing backend development.

However, if you are a brand new programmer, I do not recommend jumping straight into frontend development either. One reason is you will have to start learning to program in JavaScript. I’ve written and spoken extensively about why that is a bad idea.

Learning enough frontend development to get paid takes a long time. Like backend development, there are a whole set of technologies you need to learn aside from just programming.

That way, you can start building the experience necessary to land a backend or frontend job at a company (if that is your goal) much faster. If your goal isn’t working at a company as a programmer, learning how to build web scrapers is the best way to start freelancing, which allows you to work remotely and be your own boss.

Once you’ve mastered the fundamentals of programming, and gotten paid for your first programming job, your confidence will be very high, and you will find front or backend development much easier.

Want to learn to become a freelance programmer working from home? I’m offering a FREE trial of my training program, Five-Week Coder. You will get the opportunity to join over 1,000 other people in my private Facebook group, get weekly coaching sessions with yours truly, and watch all of my lessons and lectures. I will help take you from a beginner to getting paid for your first freelance programming project. I can’t wait to work with you!

Cory Althoff is a software engineer and writer. He is the author of The Self-Taught Programmer, which Book Authority named as one of the best software books of all-time. Learn more.

I had such a fantastic time at Nissan's party unve

My new book The Self-Taught Computer Scientist is

We had so much fun celebrating Luca’s bday this

Exciting news! I am collaborating with @mondaydotc

Zoo day with the fam! Can you spot the giraffe?!

I surprised Bobbi with a new Canon camera so she c

Do you use Linux?

Stick out your tongue babies want to have fun 😛

@mondaydotcom is giving away ANOTHER TESLA! In the

If you haven’t seen, my daughter has become a bi

Happy one year anniversary to my wonderful wife an

Cory Althoff is the author of The Self-Taught Programmer, which Book Authority named one of the best software books of all time. View more posts